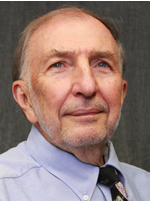 Leonard (Len) Swischuk, M.D. passed away peacefully in Galveston, TX on October 22, 2021, surrounded by his devoted and loving family.

Leonard was born on June 14, 1937 in Alberta, Canada to Ukrainian/Polish immigrants who ran a gas station/general store and a motel in the early years of his life. He attended the University of Alberta, Edmonton earning his medical degree in 1956. While in medical school, Len met the love of his life, Janie Campbell. They married on December 28, 1960. Janie was a remarkable woman and they were an inseparable team for over 60 years. Len and Janie raised four sons, two of which later became radiologists.  They moved to Oklahoma City, OK, where Dr. Swischuk completed residency in diagnostic radiology at the University of Oklahoma and began his long and illustrious career in pediatric radiology. In 1970 the family moved to Galveston, TX and Len took a position on the faculty at the University of Texas Medical Branch and practiced for the next 50 years.

Dr. Swischuk was a pioneer in pediatric radiology who was admired by radiologists and pediatric specialists across the world.  His passion was teaching and writing, authoring six textbooks and over three hundred (300) articles in various medical journals.  His textbooks have been translated in many languages.  Len was a popular lecturer throughout North America, South America, Europe, Asia, and Australia. His teaching was always insightful and highly practical, generously laced with wisdom and humor.  He was a superb teacher and mentor for numerous medical students, residents, and fellows throughout his career.  He served in many roles at UTMB, including Chair of the Department of Radiology for a number of years, and he continued to practice pediatric radiology and teach trainees until well past his 80th birthday.

Dr. Swischuk was one of the early leaders in emergency radiology.  His research and teaching focused largely on acute care imaging in infants and children.  He was a regular speaker at the annual meetings of the American Society of Emergency Radiology, as well as many other professional societies.  Two of his textbooks, Emergency Imaging of the Acutely Ill and Injured Child and Imaging of the Cervical Spine in Children became the primary handbooks for radiologists and physicians who cared for children in the emergency setting.  He received the Gold Medal of ASER in 2010 for his extensive and lasting contributions to the specialty of Emergency Radiology.  Additionally, he received gold medals from Texas Radiological Society, American Roentgen Ray Society, and Society for Pediatric Radiology.

Len was known for his direct and honest approach to everyone, regardless of position. He was very generous with his time and his ideas.  He valued hard work and would do anything to help his trainees and colleagues succeed.  He was a source of inspiration for the thousands of students, residents, and colleagues he encountered during his career. Many often referred to him as a second father who changed the direction of their professional lives.  Dr. Swischuk touched so many lives and will be dearly missed. 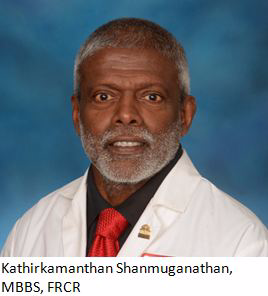 It is with great sadness I must share the news of losing our dear friend and colleague, Dr. Kathirkamanathan Shanmuganathan, 2014 recipient of the esteemed ASER Gold Medal. His accomplishments are many and varied. After his medical schooling at the University of Sri Lanka, Dr Shan completed a residency at St Bartholomew’s Hospital in the UK followed by a fellowship at the University of Maryland in Musculoskeletal Radiology. Dr Shan had a long association with the R Adams Cowley Shock Trauma Center at the University of Maryland Medical Center in Baltimore, USA. His seminal contributions and publications in the field of trauma radiology are known to one and all in the radiology community at a global level. Some of the key advances were made in the imaging of traumatic aortic injury, blunt splenic trauma, and the role of whole body CT, which is known as the “Shan Scan” in the Trauma and Emergency Radiology circles.

He was a recognized leader in research, education and development of clinical practice guidelines. Known simply and lovingly as ‘Shan’ to us all, perhaps what we most loved about him, was his ability to befriend all ASER Society members, no matter their role, education or experience. He had a remarkable sense of humor, a passion for life, and was one of those people who we all attend ASER Meetings looking forward to seeing. Shan was an exemplary friend and radiologist – a true inspiration. He will be dearly missed!